Bible verses about new beginnings can be extremely helpful as we step into a new year. I’m thankful to God that we have calendars, seasons and years. These natural rhythms allow us to reflect and look back on what God has done. By doing that, we can learn from the past and use those lessons to shape our new beginnings. In addition, we can use these times to express our thanks, for more on how to do that read this post.

The story of Jacob

The story of Jacob has many bible verses about new beginnings. Jacob started life competing with his brother, even in his mother’s womb. He schemed and tricked his brother out of his inheritance, deceiving his father in the process. By every measure, Jacob was a scoundrel, and his brother vowed to kill him. Jacob fled from his family and lived estranged from them for years, and he never shook off the identity of a liar and thief. But God brought a new beginning to Jacob. You can read the climax of the story below.

That night Jacob got up and took his two wives, his two female servants and his eleven sons and crossed the ford of the Jabbok. After he had sent them across the stream, he sent over all his possessions. So Jacob was left alone, and a man wrestled with him till daybreak. When the man saw that he could not overpower him, he touched the socket of Jacob’s hip so that his hip was wrenched as he wrestled with the man. Then the man said, “Let me go, for it is daybreak.”

But Jacob replied, “I will not let you go unless you bless me.”

The man asked him, “What is your name?”

Then the man said, “Your name will no longer be Jacob, but Israel, because you have struggled with God and with humans and have overcome.”

But he replied, “Why do you ask my name?” Then he blessed him there.

So Jacob called the place Peniel, saying, “It is because I saw God face to face, and yet my life was spared.”

The sun rose above him as he passed Peniel, and he was limping because of his hip. Therefore to this day the Israelites do not eat the tendon attached to the socket of the hip, because the socket of Jacob’s hip was touched near the tendon.

At that moment, God changed Jacob’s name and his identity and gave him a new beginning.

The story of Ruth

The story of Ruth is another example of new beginnings in the bible. Her story begins with Ruth and her mother in law Naomi in this heartbreaking passage.

In the days when the judges ruled, there was a famine in the land. So a man from Bethlehem in Judah, together with his wife and two sons, went to live for a while in the country of Moab. The man’s name was Elimelek, his wife’s name was Naomi, and the names of his two sons were Mahlon and Kilion. They were Ephrathites from Bethlehem, Judah. And they went to Moab and lived there.

Now Elimelek, Naomi’s husband, died, and she was left with her two sons. They married Moabite women, one named Orpah and the other Ruth. After they had lived there about ten years, both Mahlon and Kilion also died, and Naomi was left without her two sons and her husband.

In the ancient near east, being a widow with no male family members was a devastating place. It meant you had no way to support yourself, and you were vulnerable to exploitation and poverty. Ruth had the opportunity to abandon Naomi and return to her own people, but she didn’t.

But Naomi said, “Return home, my daughters. Why would you come with me? Am I going to have any more sons, who could become your husbands? Return home, my daughters; I am too old to have another husband. Even if I thought there was still hope for me—even if I had a husband tonight and then gave birth to sons— would you wait until they grew up? Would you remain unmarried for them? No, my daughters. It is more bitter for me than for you, because the Lord’s hand has turned against me!” At this they wept aloud again. Then Orpah kissed her mother-in-law goodbye, but Ruth clung to her.

“Look,” said Naomi, “your sister-in-law is going back to her people and her gods. Go back with her.”

But Ruth replied, “Don’t urge me to leave you or to turn back from you. Where you go I will go, and where you stay I will stay. Your people will be my people and your God my God. Where you die I will die, and there I will be buried. May the Lord deal with me, be it ever so severely, if even death separates you and me.” When Naomi realized that Ruth was determined to go with her, she stopped urging her.

Ruth made a choice to go with Naomi and pursue a new beginning. By the end of Ruth’s story, we see God’s amazing faithfulness in bringing new beginnings. Ruth marries Boaz, has a baby, and is King David’s great grandmother. That’s what I call a new beginning!

So Boaz took Ruth and she became his wife. Soon after, the Lord enabled her to conceive, and she gave birth to a son. The women said to Naomi: “Praise be to the Lord, who this day has not left you without a guardian-redeemer. May he become famous throughout Israel! He will renew your life and sustain you in your old age. For your daughter-in-law, who loves you and who is better to you than seven sons, has given him birth.”

Then Naomi took the child in her arms and cared for him. The women living there said, “Naomi has a son!” And they named him Obed. He was the father of Jesse, the father of David. 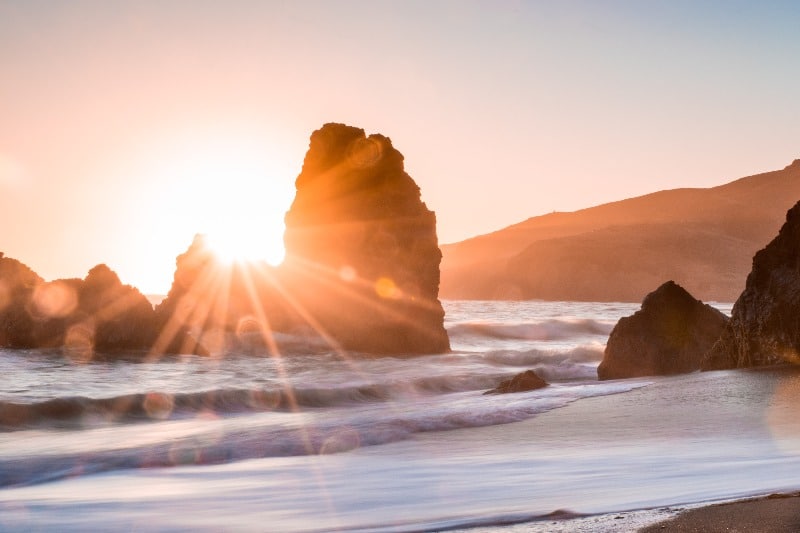 These are just two bible stories about new beginnings; there are many more from Moses to Paul to Esther and Peter. Thankfully our great heavenly Father specializes in new beginnings.

Photo by Nicolas Ruiz on Unsplash

Photo by Jessica Ruscello on Unsplash