As a child, my overriding memory of Lent was the joy of pancake day. This was swiftly followed by the pain I felt as all sweets were removed from the house. As a young boy, 40 days of no sweets seemed too high a price to pay for pancake day.

So, what is Lent, and what’s it all for?

When does Lent start and end?

The date of Lent changes each year as it corresponds to the dates for Easter weekend. In 2022, Lent begins on Wednesday 2 March and the last day of Lent is Saturday 14 April. However, the length of the Lent season is determined by how the 40 days are counted, as eastern and western churches commemorate Lent in slightly different ways. The Western churches do not count Sundays; therefore, for them Lent concludes on Holy Saturday. Lent is observed on Sundays in Eastern churches and so it ends on Palm Sunday. Holy Week is the final week of Lent.

What does Lent mean?

“Lent” is derived from the old English word “lencten,” which means “spring.” The words lenten, lente, and lent come from Middle English; they are connected to the Dutch word, lente, and the German word lenz, which both mean “spring.” Lent is one of the oldest Christian calendar observances. Of course, it has varied over the years, as have all Christian holy days and holidays. Still, its aim has always been self-examination and repentance, generally through self-denial, in preparation for Easter.

Irenaeus of Lyons (c. AD 130-200), an early Church Father, wrote of such a season in the early days of the church but it lasted only two or three days, not the 40 days we now observe. The Council of Nicea debated a 40-day Lenten fasting season in AD 325 although it’s unclear whether the initial intention was merely for new Christians preparing for baptism. However, it quickly spread to the entire Church.

Why does Lent last for 40 days?

40 is a significant number in the Bible. In Genesis, the flood which destroyed the earth was brought about by 40 days and nights of rain.

“In the six hundredth year of Noah’s life, on the seventeenth day of the second month—on that day all the springs of the great deep burst forth, and the floodgates of the heavens were opened. And rain fell on the earth forty days and forty nights.”

The Israelites spent 40 years in the wilderness before reaching the promised land. Moses fasted for 40 days before receiving the Ten Commandments on Mount Sinai.

“Then the Lord said to Moses, “Write down these words, for in accordance with these words I have made a covenant with you and with Israel.” Moses was there with the Lord forty days and forty nights without eating bread or drinking water. And he wrote on the tablets the words of the covenant—the Ten Commandments.” 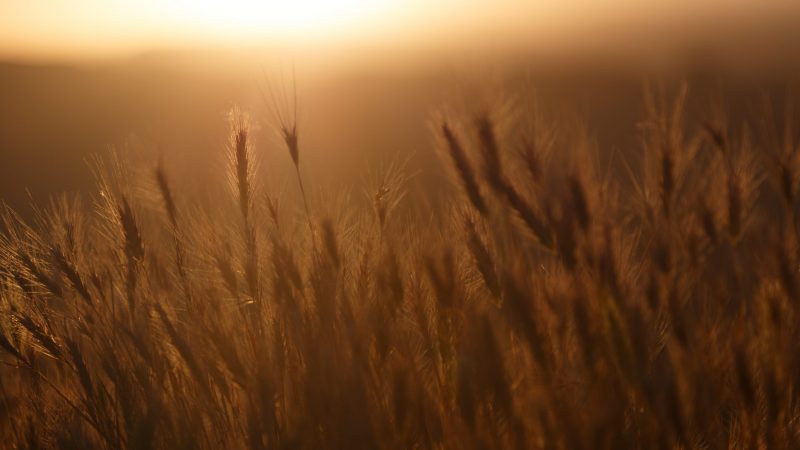 In the New Testament, we read of the 40 days and nights following Christ’s baptism when He went into the wilderness without water and food and was tempted by Satan.

Then Jesus was led by the Spirit into the wilderness to be tempted by the devil. After fasting forty days and forty nights, He was hungry. The tempter came to Him and said, “If you are the Son of God, tell these stones to become bread.”

Jesus answered, “It is written: ‘Man shall not live on bread alone, but on every word that comes from the mouth of God.'”

Why is the color purple symbolic during Lent?

What should I fast for Lent?

During Lent, some believers from more orthodox or traditional denominations fast. They begin with the wearing of ashes on Ash Wednesday and fast for 40 days, giving up meat, fish, eggs and other foods. Others choose to give up indulgences or luxuries – these are not just confined to foods such as chocolate or junk food but can also include lifestyle choices like social media or television.

Lent is a period when many Christians set aside time to pray, read the Bible, and reflect on God’s love. For some of us, the notion of giving up something for 40 days can be intimidating. That’s why a Lent devotional like Glorify can be a positive and focused help for you in your faith journey.

What is Shrove Tuesday?

Shrove Tuesday, also called Pancake Day, derives from an old English custom where they used up all the fattening ingredients before Lent to prepare people for fasting. These ingredients included such things as eggs and milk, which were combined with flour to produce pancakes.

Shrove Tuesday is the day before Lent begins. The word ‘shrove’ derives from the old Middle English word ‘Shriven,’ which means to confess wrongdoing. Shrove Tuesday is therefore traditionally a day for Christians to focus on the sins they needed to repent before the Lenten season began.

What is Ash Wednesday?

Often called the Day of Ashes, Ash Wednesday opens Lent and takes place 46 days before Easter Sunday. Ash Wednesday comes from the ancient Jewish tradition of penance and fasting. Many Christians will go to a service on Ash Wednesday and have the mark of the cross placed on their foreheads in ash.

What is Holy Week?

Easter Sunday is the day on which we celebrate Jesus resurrection and the hope this gives us as believers that death is conquered. Hallelujah!

Photo by Werner Sevenster on Unsplash

Photo by Adriel Kloppenburg on Unsplash