Easter Sunday is the day that everyone talks about – the day when death was beaten once and for all and the whole world changed – but what about Holy Saturday (or Easter Saturday as it is also known)? In this blog post, we’ll be looking at the Easter story to find out exactly what happened on Easter Saturday and what that means for us today.

Easter Saturday can also be known as Holy Saturday, Black Saturday, Easter Eve and Great Sabbath. It is the day when Christians believe that Jesus was dead in the tomb. But what happened that day?

The Silence Of The Gospels

All that the Gospel of Matthew tells us about Holy Saturday is that the chief priests and Pharisees went to Pilate and reminded him that Jesus had said He would rise again after three days. They suggested to Pilate that Jesus’ followers might try to take the body so he should make it as secure as he could.

“Take a guard,” Pilate answered. “Go, make the tomb as secure as you know how.” So they went and made the tomb secure by putting a seal on the stone and posting the guard.” Matthew 27:65

The Gospel of Mark doesn’t even mention Easter Saturday; the narrative tells how Joseph of Arimathea prepared Jesus’ body and put it in the tomb. The next verse takes place on Easter morning, and reads:

“When the Sabbath was over, Mary Magdalene, Mary the mother of James, and Salome bought spices so that they might go to anoint Jesus’ body.” Mark 16:1

Likewise, the Gospel of Luke says that on the Friday, the women who were with Jesus: “went home and prepared spices and perfumes. But they rested on the Sabbath in obedience to the commandment.” Luke 23:56

In John, it is the same story again – there is no mention of Easter Saturday because everyone knew that the Sabbath was a day set apart for rest. The narrative picks up again on Sunday morning:

“Early on the first day of the week, while it was still dark, Mary Magdalene went to the tomb and saw that the stone had been removed from the entrance.” John 20:1 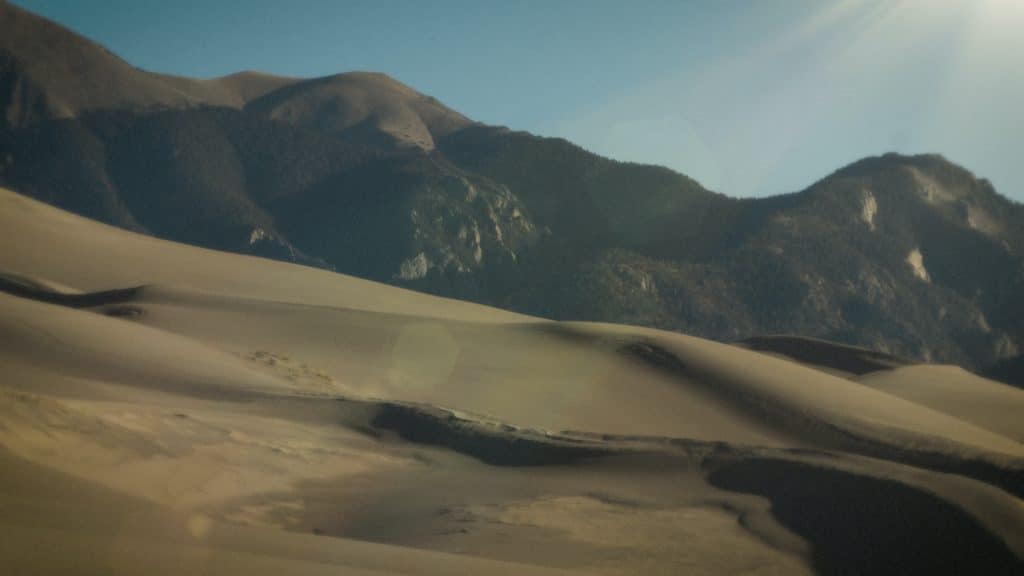 The Importance Of The Sabbath

Easter Saturday is kind of like a full stop in the Easter story.

It is a chance to take a breath.

It is silence, rest and grief.

Jesus’ followers would have observed the Sabbath (or Shabbat, which comes from the Hebrew word for rest). On the Sabbath, His disciples would have grieved Him, rested and waited for the next day, so they could visit His tomb again.

Yet we read that in Jesus’ life on earth, He notoriously challenged ideas of what was acceptable on the Sabbath:

“At that time Jesus went through the grainfields on the Sabbath. His disciples were hungry and began to pick some heads of grain and eat them. When the Pharisees saw this, they said to Him, “Look! Your disciples are doing what is unlawful on the Sabbath.” He answered, “Haven’t you read what David did when he and his companions were hungry? He entered the house of God, and he and his companions ate the consecrated bread—which was not lawful for them to do but only for the priests. […] I tell you that something greater than the temple is here. If you had known what these words mean, ‘I desire mercy, not sacrifice,’ you would not have condemned the innocent. For the Son of Man is Lord of the Sabbath.”

Going on from that place, He went into their synagogue, and a man with a shriveled hand was there. Looking for a reason to bring charges against Jesus, they asked Him, “Is it lawful to heal on the Sabbath?” He said to them, “If any of you has a sheep and it falls into a pit on the Sabbath, will you not take hold of it and lift it out? How much more valuable is a person than a sheep! Therefore it is lawful to do good on the Sabbath.” Then He said to the man, “Stretch out your hand.” So he stretched it out and it was completely restored, just as sound as the other.” Matthew 12:1-14

The Unforced Rhythms Of Grace

Jesus teaches His followers here to forget the legalism and to live in the rhythms of God’s grace:

“Are you tired? Worn out? Burned out on religion? Come to me. Get away with me and you’ll recover your life. I’ll show you how to take a real rest. Walk with me and work with me—watch how I do it. Learn the unforced rhythms of grace. I won’t lay anything heavy or ill-fitting on you. Keep company with me and you’ll learn to live freely and lightly.” Matthew 11:28-30 (MSG)

Jesus wasn’t trying to undermine the importance of the Sabbath, more to suggest that the Pharisees were missing the point. He was God, right in their midst, perfect peace, walking alongside them, and they were nitpicking about heads of grain.

So What Happened On Easter Saturday?

When Jesus died, everything fell silent; the hopes of His followers and the jeers of the crowds. But what was He doing? Was the whole of heaven and earth shifting when we thought it was laying dormant? Was Jesus working on the Sabbath, to take back the keys of death?

Revelation tells us that Jesus says:

Ephesians 4:10 reads: “He who descended is the very one who ascended higher than all the heavens, in order to fill the whole universe.”

Could it be that while we thought He was dead, He was actually waging war on death? Going down into the pit of hell, to raise again to glory? While His followers were waiting and grieving, lost and hopeless, He was waging war on darkness to win freedom for the whole earth.

When we observe Sabbath today, we can rest and learn to enjoy the gift of our salvation. Just as those followers of Jesus could do nothing on that day but to mourn their friend, we can do nothing on our Sabbaths but rest and accept all that He has done for us.

A really eye-opening blog about keeping the Sabbath can be found here if you are interested in reading more about it. It doesn’t have to be a specific day or time and doesn’t have to be legalistic but in our busy lives, making time to stop is so valuable. As Missy Takano, says: “When we practice this intentional stop, we make room for Him to take up residence in our individual lives.”

So, this Easter Saturday, in the pause between the world before and after the cross, may we rest and remember all that is coming in the dawn.

Don’t forget to check out our other blogs about Lent and the run-up to Easter.