St Patrick’s prayer, often called his “breastplate”, has often been said in times of difficulty. We are living in strange times. Who would have thought we would have faced Covid-19, lockdowns and quarantine over the last two years? So much has been written about fear, uncertainty, and isolation, but these are not new issues. Humanity has been facing problems like this for thousands of years. In response, I find comfort in returning to the ancient practices of Christians who followed Jesus hundreds of years ago. One such practice is St Patrick’s Breastplate.

A breastplate refers to a piece of armor worn in battle. St. Patrick’s Breastplate is a famous prayer attributed to Ireland’s most beloved patron saint. It is a shield for divine protection, and haven’t we needed that during the pandemic? According to tradition, St. Patrick wrote it in 433 A.D. approaching a potentially hostile king. The prayer worked, and Patrick led the Irish King Laoghaire and his subjects to Christianity.

The prayer is part of the Liber Hymnorum, an 11th-century collection of hymns found in two manuscripts kept in Dublin. It was edited in 1888 (Vita Tripartita), in 1898 (Liber Hymnorum), and published in 1903 in the Thesaurus Paleohibernicus.

The Liber Hymnorum gives this account of how Saint Patrick used this prayer. Apparently, he sang the words when an ambush was laid against his coming by King Loegaire, that he might not go to Tara to share Jesus. And then it appeared before those lying in ambush that they (Saint Patrick and his monks) were wild deer with a fawn following them.

The description concludes “fáeth fiada a hainm”, which was interpreted as “Deer’s Cry” by the medieval editor of the Liber Hymnorum (hence the connection to the deer metamorphosis). Still, the Old Irish fáeth fiada properly refers to a “mist of concealment”.

Each verse of the prayer begins “Atomruig indiu” “I arise today”, or “I bind unto myself today”, and this phrase is repeated at the beginning of most of the verses. This is followed by a list of sources of strength that the prayer calls on for support.

The first verse invokes the Trinity.

The third verse invokes the virtues of angels, patriarchs, saints and martyrs.

The fourth verse the virtues of the natural world: the sun, moon, fire, lightning etc.

The fifth verse invokes various aspects of God – his wisdom, his eye, his ear, his hand.

The sixth verse lists the things against which protection is required – against snares of devils, temptations of nature, those who wish ill.

This list of things against which protection is required continues in the next verse – false prophets, heathens, heretics, wizards, druids, smiths (gobann).

The next verse calls for Christ to be in all things – Christ in me, all around me, in the eye and ear and mouth of the people I meet.

The last verse returns to the theme of the Trinity. 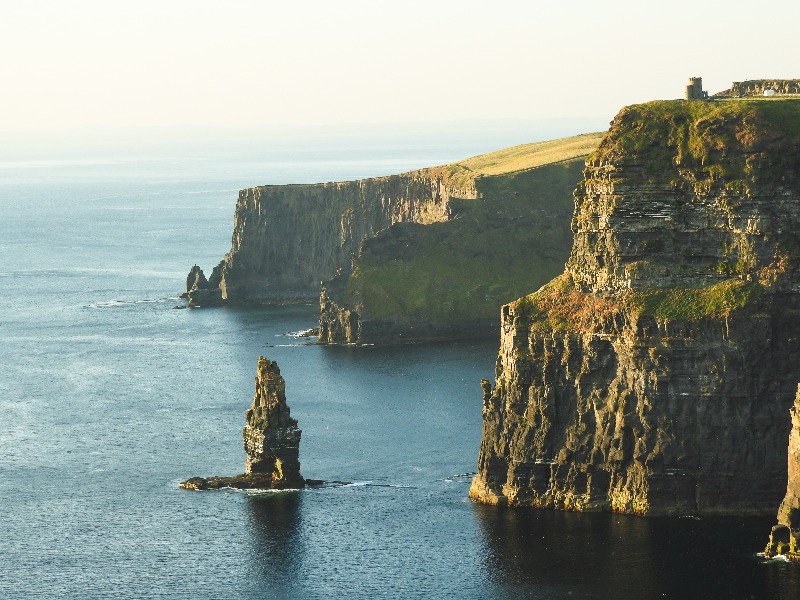 St. Patrick’s spirituality shines through the lyrical words of this old Irish prayer. The reader of St Patrick’s Prayer is left with no doubt of his deep faith and strong belief in the battle between good and evil. He believed this battle could only be addressed by asking for God’s help and protection.

As you read through this ancient prayer, I pray that God’s wisdom and love that Patrick knew would comfort you today.

The strong power of the invocation of the Trinity:

The faith of the Trinity in the Unity

The Creator of the elements.

The power of the Incarnation of Christ, with that of his Baptism,

The power of the Crucifixion with that of his Burial,

The power of the Resurrection, with the Ascension,

The power of the coming of the Sentence of Judgement.

The power of the love of Seraphim,

In the obedience of Angels,

(In the service of Archangels,)

In the hope of Resurrection unto reward,

In the prayers of the noble Fathers,

In the predictions of the Prophets,

In the preaching of Apostles,

In the faith of Confessors,

In purity of Holy Virgins,

In the acts of Righteous Men.

The power of Heaven,

The light of the Sun,

(The whiteness of Snow,)

The force of Fire,

The flashing of lightning,

The velocity of Wind,

The depth of the Sea,

The stability of the Earth,

The hardness of Rocks.

The Power of God to guide me,

The Wisdom of God to teach me,

The Eye of God to watch over me,

The Ear of God to hear me,

The Word of God to give me speech,

The Hand of God to protect me,

The Way of God to prevent me,

The Shield of God to shelter me,

The Host of God to defend me,

Against the snares of demons,

Against the temptations of vices,

Against the (lusts) of nature,

Against every man who meditates injury to me,

Whether far or near,

With few or with many.

I have set around me all these powers,

Against every hostile savage power

Directed against my body and my soul,

Against the incantations of false prophets,

Against the black laws of heathenism,

Against the false laws of heresy,

Against the deceits of idolatry,

Against the spells of women, and smiths and druids,

Against all knowledge that binds the soul of man.

Against poison, against burning,

Against drowning, against wound,

That I may receive abundant reward

Christ with me, Christ before me,

Christ behind me, Christ within me,

Christ beneath me, Christ above me,

Christ in the fort,

Christ in the mighty stern

Christ in the heart of every man who thinks of me,

Christ in the mouth of every man who speaks to me,

Christ in the eye of every man that sees me,

Christ in the ear of every man that hears me.

The strong power of an invocation of the Trinity,

The faith of the Trinity in Unity

The Creator of the Elements

Salvation is the Lord’s

Salvation is the Lord’s

May thy salvation, Lord, be always with us!

Photo by Henrique Craveiro on Unsplash